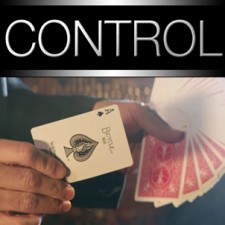 The DVD CONTROL by Magic Makers will teach you all the skills you need to make amazing progress in your card controlling capabilities. Through practicing these 13 essential techniques explained by master card controller Kris Nevling you will rapidly obtain all the required skills and knowledge to turn an ordinary deck of playing cards into a continuous source of amazement for anyone near you.